A bridge watch alarm system is a device which triggers an alarm if an Officer on Watch (OOW) becomes incapable of performing the OOW’s duties. IMO had adopted the performance standard as MSC. 128 (75) and there are ships which have already installed the equipment on a voluntary basis. Currently, there are two types, i.e., one which requires the OOW to press a button in an interval (if he fails to do so, it triggers the alarm), or another, which detects movements of the OOW, using the motion sensor technology. (So far as the sensor finds movement of the OOW, the alarm will not go off).

Application: The draft amendments stipulate as follows:
1st July 2011 on or after all new builds of 150 gt or over (keel lay base)

These requirements also apply to ships not engaged on international voyages. 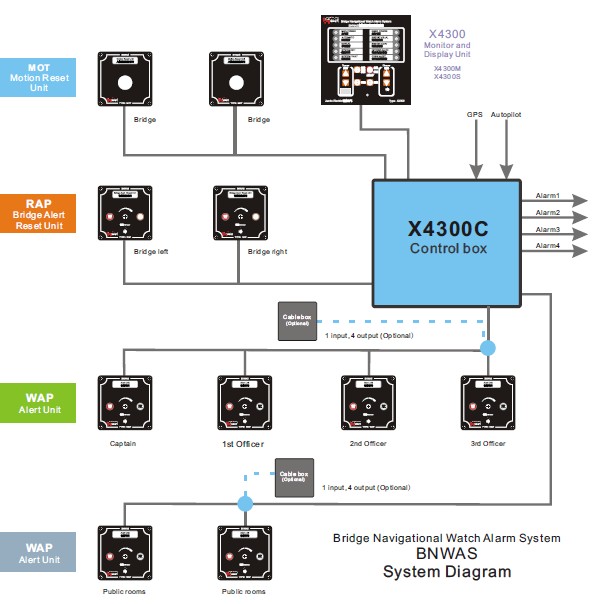